I Ching* and Metaphors

Read this in Turkish

THE WELL. The town may be changed, But the well cannot be changed. It neither decreases nor increases. They come and go and draw from the well. If one gets down almost to the water And the rope does not go all the way, Or the jug breaks, it brings misfortune. 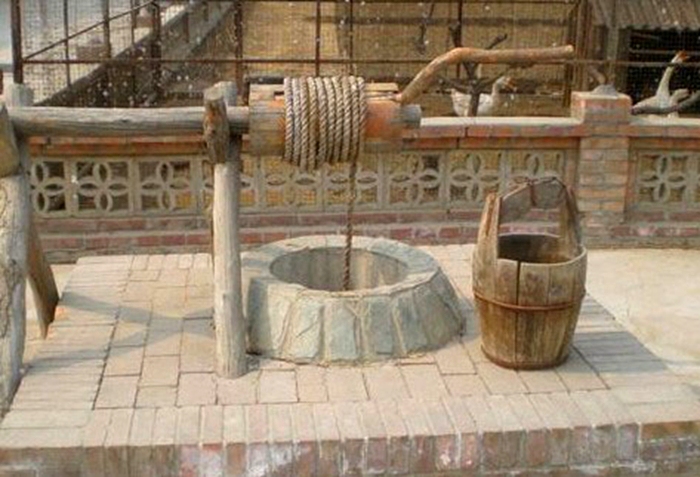 In ancient China the capital cities were sometimes moved, partly for the sake of more favorable location, partly because of a change in dynasties. The style of architecture changed in the course of centuries, but the shape of the well has remained the same from ancient times to this day. Thus the well is the symbol of that social structure which, evolved by mankind in meeting its most primitive needs, is independent of all political forms. Political structures change, as do nations, but the life of man with its needs remains eternally the same—this cannot be changed. Life is also inexhaustible. It grows neither less nor more; it exists for one and for all. The generations come and go, and all enjoy life in its inexhaustible abundance.

However, there are two prerequisites for a satisfactory political or social organization of mankind. We must go down to the very foundations of life. For any merely superficial ordering of life that leaves its deepest needs unsatisfied is as ineffectual as if no attempt at order had ever been made. Carelessness—by which the jug is broken—is also disastrous. If for instance the military defense of a state is carried to such excess that it provokes wars by which the power of the state is annihilated, this is a breaking of the jug.

However men may differ in disposition and in education, the foundations of human nature are the same in everyone. And every human being can draw in the course of his education from the inexhaustible wellspring of the divine in man's nature. But here likewise two dangers threaten: a man may fail in his education to penetrate to the real roots of humanity and remain fixed in convention—a partial education of this sort is as bad as none—or he may suddenly collapse and neglect his self-development.

Thus the superior man encourages the people at their work,

And exhorts them to help one another.

Wood sucks water upward. Just as wood as an organism imitates the action of the well, which benefits all parts of the plant, the superior man organizes human society, so that, as in a plant organism, its parts co-operate for the benefit of the whole.

One does not drink the mud of the well.

No animals come to an old well

If a man wanders around in swampy lowlands, his life is submerged in mud. Such a man loses all significance for mankind. He who throws himself away is no longer sought out by others. In the end no one troubles about him any more.

At the well hole one shoots fishes. The jug is broken and leaks.

The water itself is clear, but it is not being used. Thus the well is a place where only fish will stay, and whoever comes to it, comes only to catch fish. But the jug is broken, so that the fish cannot be kept in it.

This describes the situation of a person who possesses good qualities but neglects them. No one bothers about him. As a result he deteriorates in mind. He associates with inferior men and can no longer accomplish anything worth while.

The well is cleaned, but no one drinks from it.T

his is my heart's sorrow,

If the king were clear-minded,

An able man is available. He is like a purified well whose water is drinkable. But no use is made of him. This is the sorrow of those who know him. One wishes that the prince might learn about it; this would be good fortune for all concerned.

The well is being lined. No blame.

True, if a well is being lined with stone, it cannot be used while the work is going on. But the work is not in vain; the result is that the water stays clear. In life also there are times when a man must put himself in order. During such a time he can do nothing for others, but his work is nonetheless valuable, because by enhancing his powers and abilities through inner development, he can accomplish all the more later on.

In the well there is a clear, cold spring

From which one can drink.

A well that is fed by a spring of living water is a good well. A man who has virtues like a well of this sort is born to be a leader and savior of men, for he has the water of life. Nevertheless, the character for "good fortune" is left out here. The all-important thing about a well is that its water be drawn. The best water is only a potentiality for refreshment as long as it is not brought up. So too with leaders of mankind: it is all-important that one should drink from the spring of their words and translate them into life.

One draws from the well

The well is there for all. No one is forbidden to take water from it. No matter how many come, all find what they need, for the well is dependable. It has a spring and never runs dry. Therefore it is a great blessing to the whole land. The same is true of the really great man, whose inner wealth is inexhaustible; the more that people draw from him, the greater his wealth becomes

Are Lullabies Good For Babies or For Their Mothers? 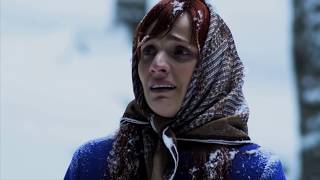